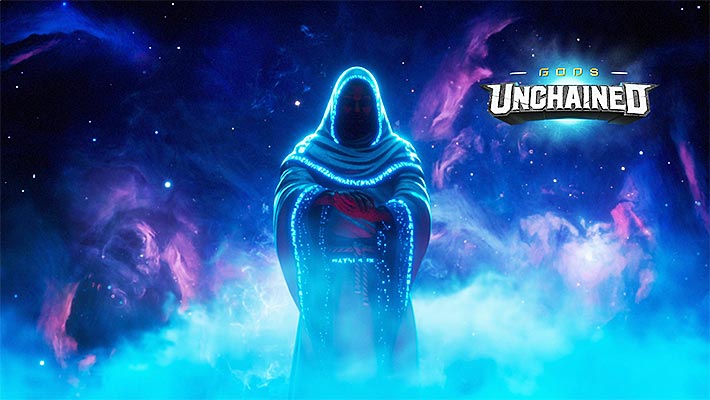 In the world of nerdy trading card games, the Black Lotus is still on top.

An early version of the rare Magic: the Gathering card sold for over $87,000 in July. But less than a week later, that record received a challenge – though it wasn’t beaten – from an unlikely source: a crypto trading card for a new ethereum-based game, Gods Unchained, sold at auction for 146 ether, worth more than $60,000 at the time.

It’s a notable figure given that Magic is a quarter century-old institution, while Gods Unchained has yet to launch (it’s expected to go live on ethereum in the fourth quarter). Still, according to those behind the platform, such figures are due to the excitement for both the game itself, and for unique crypto assets broadly.

James Ferguson, CEO of Fuel Games, the Sydney-based startup behind the game, said of his company’s creation:

“It’s a really compelling game, which people would play regardless of it having anything to do with crypto.”

Ferguson compared Gods Unchained to Magic and Hearthstone, a digital trading card game with similar gameplay and fantasy aesthetics to Magic. “It’s sort of complexity-wise, and strategy-wise, a step up from Hearthstone and probably a step down from Magic: the Gathering,” he said.

There is a key difference, though. Magic’s cards are pieces of paper, meaning players have to be physically present and requiring them to lug heavy, valuable cards around. Hearthstone’s cards are digital, but the game is centralized.

In centralized games, Ferguson said, players “have so little security over what they’re given in game. Essentially it’s just a license to use a certain costume or a certain item on a server, and the game’s company can alter stats as they wish and do whatever they think is best.”

In Gods Unchained, by contrast, the cards are non-fungible ERC-721 tokens housed on the ethereum blockchain. That means they are fully owned and controlled by the holder of an account’s cryptographic key, with no risk that they will be altered or taken away. (There will, however, be a short “rebalancing period” after launch, during which Fuel Games can alter cards to make sure none are too powerful).

Ferguson said that decentralizing in-game aspects has appeal for gamers who might never have heard of cryptocurrency.

Gaming “is taking up so much of people’s lives and identity nowadays,” he said, “people are even using it as their jobs.” Professionals can’t risk their cards being weakened (“nerfed”).

There’s even speculation, Ferguson added, that the $60,000 “Hyperion” card was bought by a professional streamer.

Break into the mainstream?

Launch ahead, the “main goal” now according to Ferguson, is to attract 100,000 or a million players to “Gods Unchained” and, by extension to ethereum and the crypto asset ecosystem. “We want to offer them the chance to seamlessly […] get their first $5 or $10 worth of crypto through buying the cards,” he said.

He explained that Fuel Games could accomplish that goal by offering “top-of-the-line graphics” and “well-designed and fun and competitive and balanced gameplay” as well as the ability to fully control in-game assets.

If blockchain’s ability to grant users full ownership over immutable assets is appealing, however, the quality of gameplay enabled by ethereum certainly isn’t. In fact, the slow processing times and high costs involved in playing a game based on ethereum smart contracts are constant sources of frustration in the decentralized gaming community.

For example, one of the more popular ethereum games, Etheremon, recently decided to move its gameplay to a soon-to-be-launched blockchain, Zilliqa, while keeping the Pokemon-like assets, called “mons,” on the ethereum chain as ERC-721 tokens.

In the case of Gods Unchained, the designers decided to take gameplay off-chain entirely. “There’s pretty much no way you could put anything this complex on-chain,” said Ferguson.

The team has experience with on-chain gaming. Fuel Game’s first title, Etherbots, is played entirely on ethereum, and the company is developing a scaling solution called “ansible channels” to help improve user experience in that game.

Several crypto investment firms have taken equity stakes in Fuel Games, most notably Coinbase Ventures, the investment arm of the San Francisco-based cryptocurrency exchange. Continue Capital and Nirvana Capital led the $2.4 million round, which closed in May. In addition to Coinbase, the fundraise also saw participation from Sora Ventures.

He added that the game’s use of non-fungible crypto tokens (NFTs) was particularly intriguing.

The dapp’s user base has fallen by nearly 98 percent since its peak late last year, however, potentially calling into question the notion that NFTs were an idea whose time has come.

Gods Unchained might be putting those doubts to bed. Fuel Games has sold over 4,600 ether worth of cards for the game, worth around $1.3 million at the time of writing. But while the Hyperion card’s $60,000 price tag is impressive in the context of trading card games, it’s a far cry from CryptoKitties’ record: one cat traded hands for $111,000 in December.

Down the line, some investors believe that NFTs enable use cases far more valuable and consequential than gaming: real estate, precious metals and other assets could be tokenized, enabling investors to buy smaller, more liquid stakes in these assets.

Then Coinbase Ventures, which has also invested in the non-fungible token marketplace OpenSea, published a blog post predicting that the use cases of NFTs would rapidly expand from cute digital cats to social media, digital identity, news and information platforms, and more.

That’s a lot of hype for ERC-721 to live up to, but Ferguson argued that investors find the gaming use case plenty compelling on its own.

“The benefits of having a hip game are obvious. It just makes a lot of money.”

This article was reprinted from coindesk.